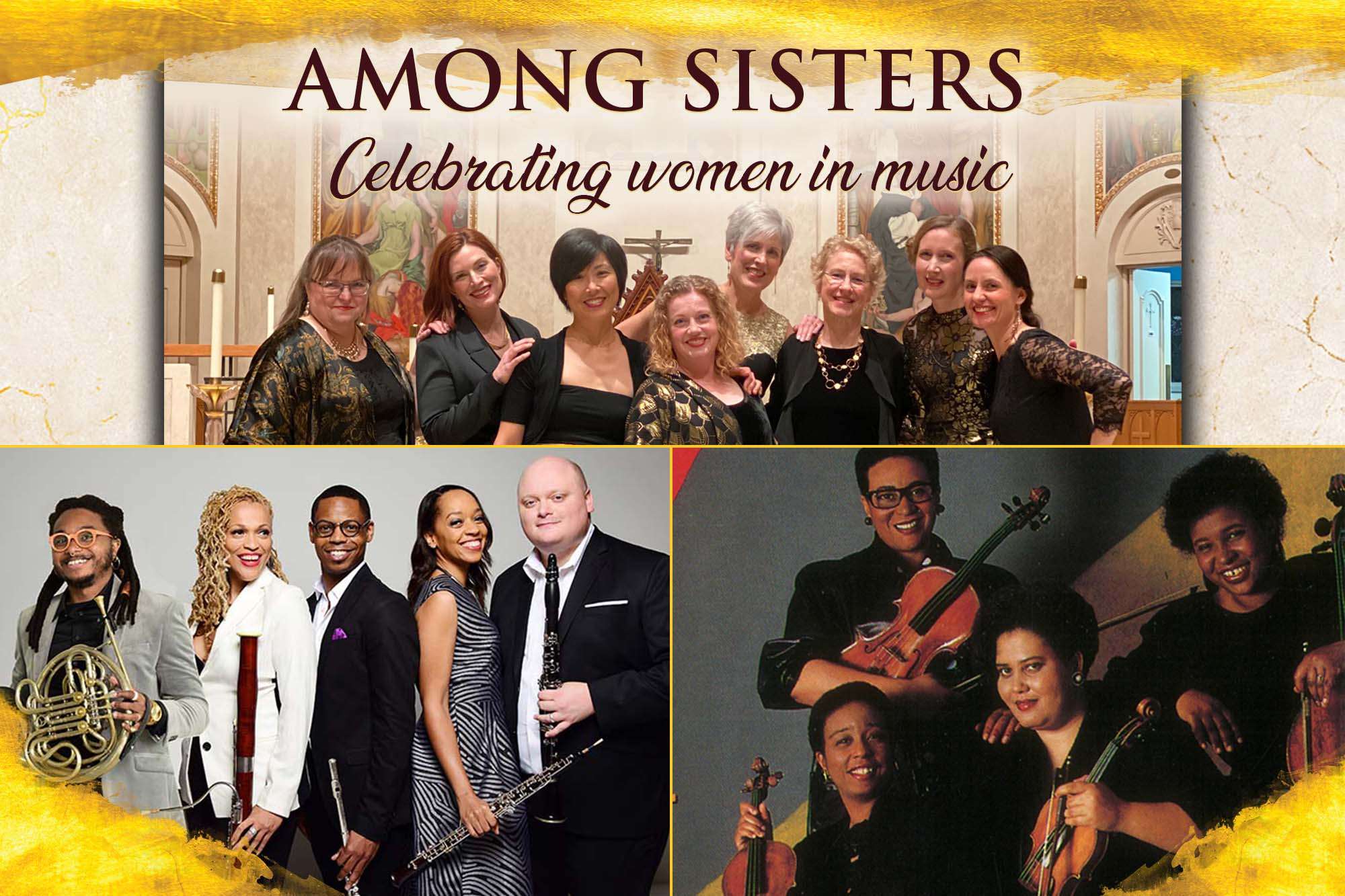 (You may need to disable your popup ad blocker.) 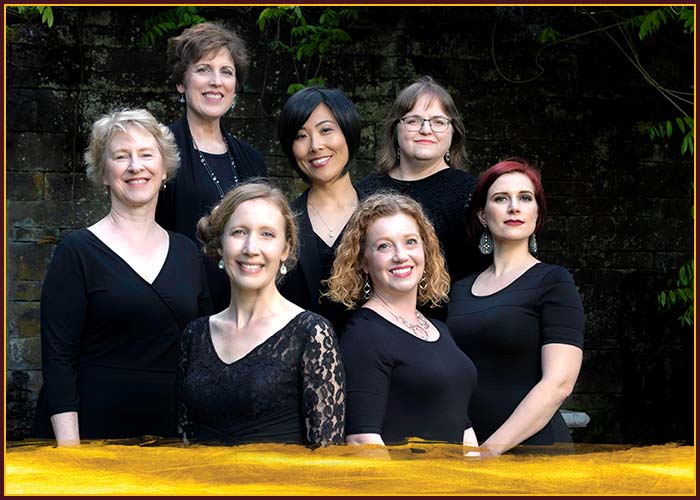 In Mulieribus — Latin for “among women” — is a female vocal ensemble dedicated to strengthening community through the art of music. The ensemble specializes in works written before 1750 and champions new repertoire by female composers and for women’s voices, and their commitment to addressing urgent social challenges such as homeless youth, newly arrived immigrants, and youth mentorship makes In Mulieribus a natural fit for our Heart of Humanity series.

Their performances have been broadcast on nationally syndicated radio shows such as Performance Today and Millennium of Music. The ensemble’s five CDs have garnered high praise from The Oregonian, Oregon ArtsWatch, and many others:

“One of Oregon’s premier ensembles at the top of their form.”
Oregon ArtsWatch

“The singing is rhythmically vital, often exuberant, and the sound pure and graceful.”
The Oregonian

“The women of In Mulieribus do more than sing choral works, they bring them to life.”
Oregon ArtsWatch

by In Mulieribus | Suor Leonora D'Este 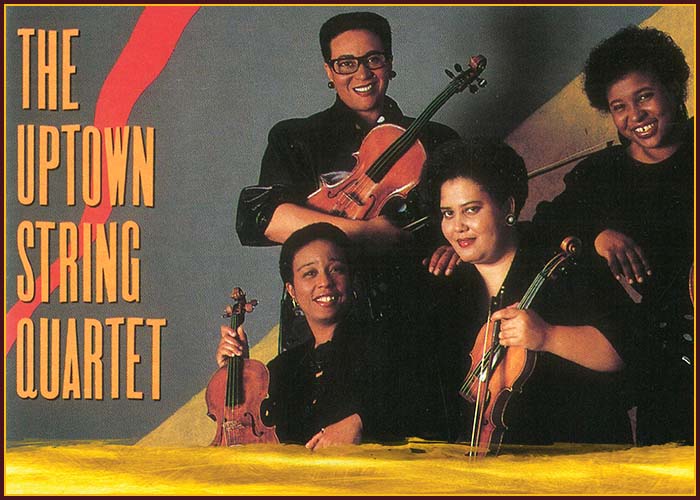 Anima Mundi Productions proudly hosts the reunion of the legendary Uptown String Quartet. Founded as part of the Max Roach Double Quartet and including Max Roach’s Grammy-nominated daughter, the Uptown String Quartet are a visionary and revolutionary all-female ensemble. They are equally virtuosic in a wide spectrum of musical repertoire as they are comfortable as concert performers, educators, and musical ambassadors. Their 1997 appearance on Mister Rogers was recently recreated onscreen in the 2019 Tom Hanks film, A Beautiful Day in the Neighborhood

Members of the quartet also performed on the soundtracks of Do the Right Thing, Malcolm X, Jungle Fever, and Miracle at St. Anna.

In collaboration with our artistic, educational, and racial justice partner organizations, Anima Mundi Productions will host the Uptown String Quartet for a weeklong residency culminating in their unforgettable return to the stage on May 7. 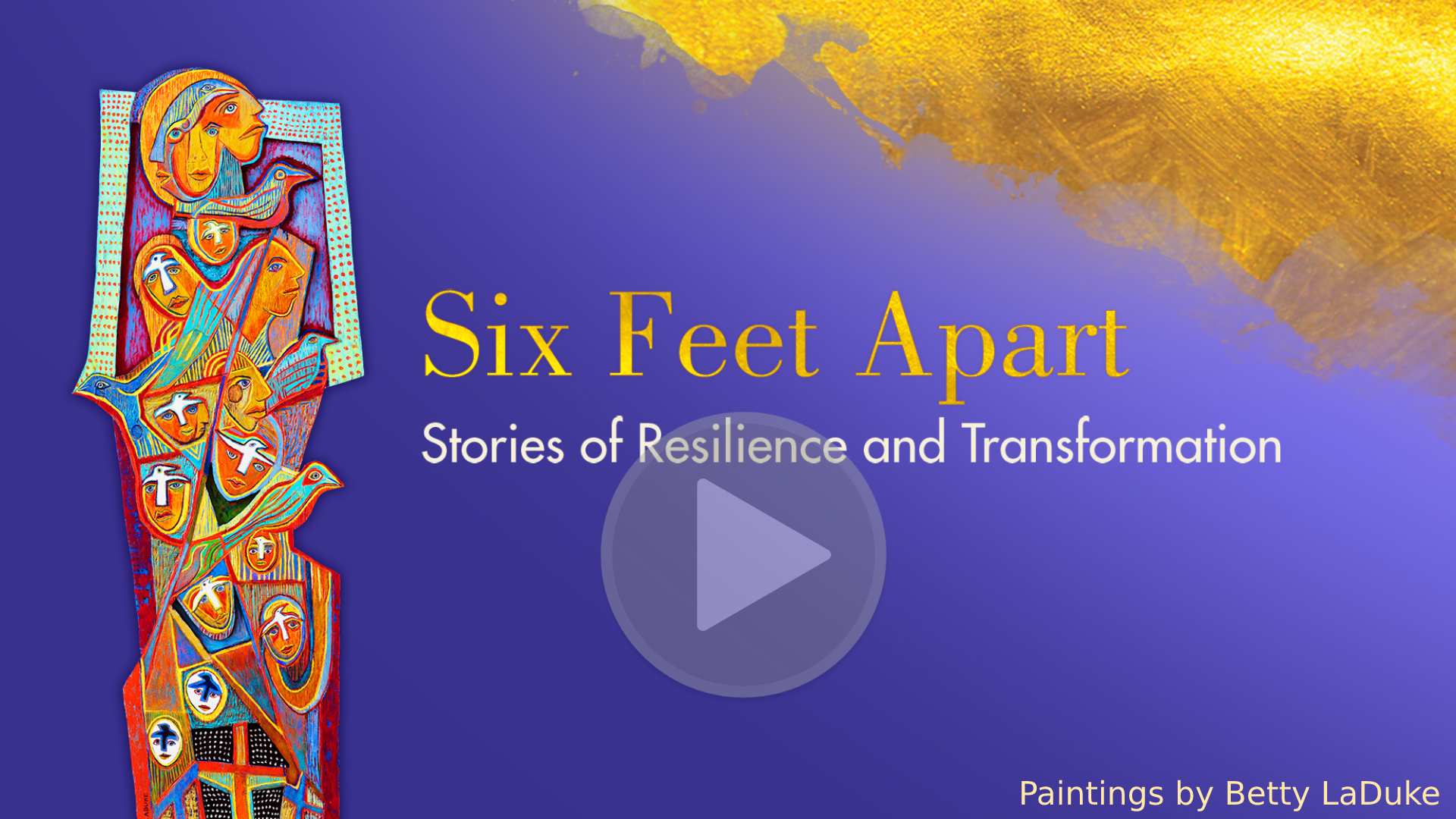 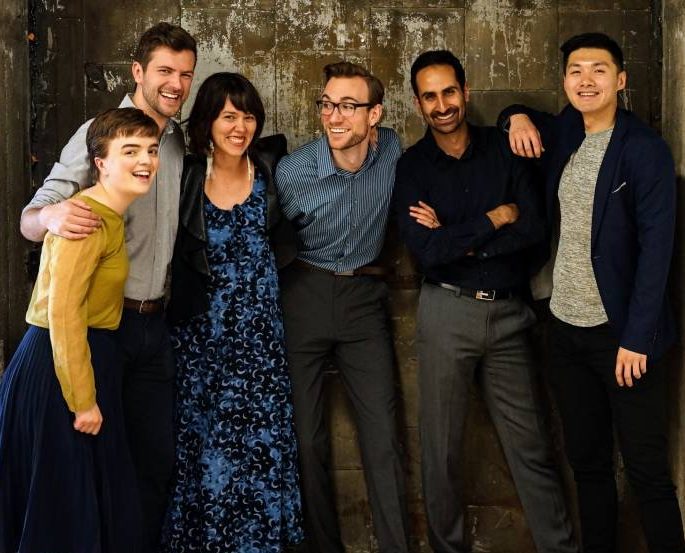 This remarkable collection of musicians—which includes performers from LA Opera, LA Master Chorale, and LA Philharmonic—have been described by the LA Times in superlative terms, such as “downright superhuman,” “worthy of our wonder,” “exquisite,” and “vibrant.”

Anima Mundi Productions is proud to present Six Feet Apart: Stories of Resilience and Transformation, an innovative multimedia choral oratorio that harnesses the power of music, poetry, and art to amplify diverse voices and foster collective healing in Oregon during the COVID-19 pandemic.

Hot off her recent performances with the New York Philharmonic and concerts at the Lincoln Center, the Kennedy Center, and beyond, Grammy-winning soprano Estelí Gomez joins us with her longtime collaborator, the award-winning classical guitarist Colin Davin, for a recital that exalts the power of the natural world.

During the height of the Covid Pandemic, we engaged Estelí and Colin to record a video recital of classical and contemporary songs that take us on a journey into the beauty and vulnerability of nature.

Estelí Gomez can be heard on the Seattle Symphony’s 2017 recording of Nielsen’s Symphony No. 3, on the first track of the Silkroad Ensemble’s Grammy-winning 2016 album Sing Me Home, and on Roomful of Teeth’s 2014 Grammy-winning self-titled album featuring Caroline Shaw’s Partita, the work for which the composer was awarded the 2013 Pulitzer Prize.

Classical guitarist Colin Davin has appeared as a featured musical guest on the final season of The Late Show with David Letterman alongside the late Jessye Norman. He has performed across the world, including at Carnegie Hall, Alice Tully Hall, the Alhambra Palace in Granada, Spain, and the Paris Conservatoire.  He has “the distinct ability to wring the depths of expressiveness from all that he plays” (Classical Guitar Magazine).

Grammy-winner Estelí Gomez has been praised for her “clear, bright voice” (New York Times) and as “a soprano with a floating, angelic voice and a powerful presence” (I Care If You Listen). Her longtime collaborator, Colin Davin, has been hailed as “the real thing, a player with a virtuoso’s technique, a deeply expressive musicianship, and a probing imagination” (American Record Guide). 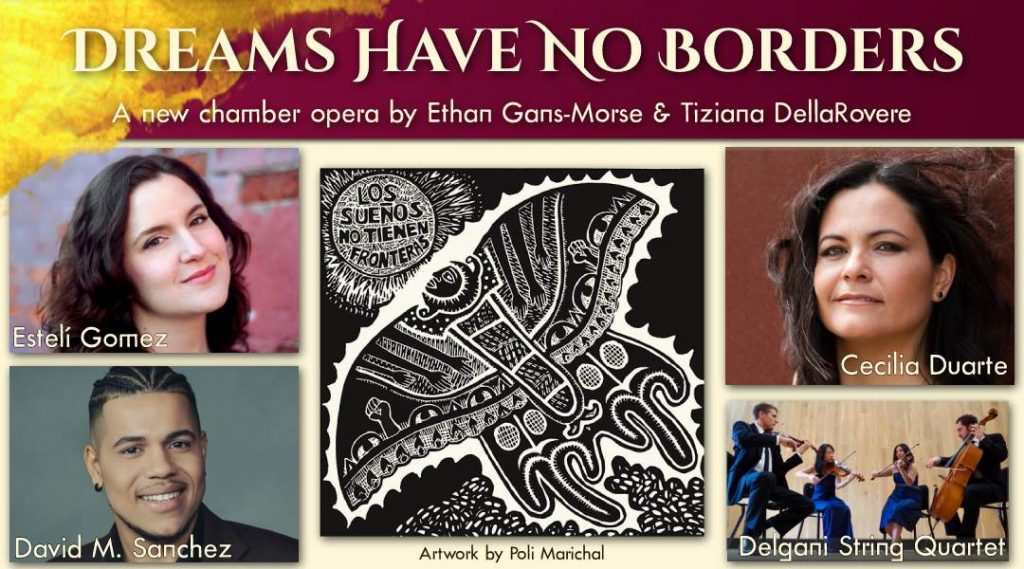 Dreams Have No Borders

In response to COVID, we’re producing a special film version of this unique opera by composer Ethan Gans-Morse and poet Tiziana DellaRovere

With a special guest appearance by the Teokalli Aztec Dance Troupe

Dreams Have No Borders is a new chamber opera about immigration by our resident composer/poet team, Ethan Gans-Morse and Tiziana DellaRovere, based on real-life stories of Oregon’s migrant families.

Featuring Grammy Award winners soprano Estelí Gomez, (praised for her “clear, bright voice” by The New York Times), mezzo soprano Cecilia Duarte (critically acclaimed for her “robust” and “creamy” voice by The New York Times), and tenor David M. Sanchez and the Delgani String Quartet (called “the state’s finest chamber ensemble” by Oregon Arts Watch), Dreams Have No Borders follows a young mother’s harrowing journey to create a better life for herself and her family.

Combining stirring music and richly narrative poetry, Dreams Have No Borders will surprise you, touch your heart, and lift your spirit.

Dates, programming, artists, and details are subject to change.

If the concerts are online, why do I need tickets?
You only need tickets to watch our live Q&A launch events. After each launch date, you will be able to watch each video for free on our website, no tickets required.

What are these launch events?
The day that each of our videos goes live, we will host a live panel discussion with the performers and composers. There will be time to take your questions over chat.

How can all these concerts be free?
These concerts are supported by our generous donors, by the “pay what you will” tickets to attend our launch events, and by special state and national grants.

If you feel touched by our Time for Life season, please support Anima Mundi Productions with a tax-deductible donation.